OVERVIEW OF THE FIRST BULK SHIPMENTS FROM CHINA

To recap result of handling of two first bulk shipment arrived from China to port of Odessa we’d like to draw attention on the following important points:

Own experience of handled shipments on CIF/CFR shows:

-Cargoes are loaded in hold by shippers in improper manner (dunnage / separation / marking are not used) in order to minimize costs and make additions earns on logistic.

-Stowage factor/ safety of cargo is not discussed/fixed between shippers and shipowners.

As result we have faced with the following at destination:

-a lot of big bags are damaged during transportation by the vessel’s boards due to absence of dunnage/separation;

-mess between parcels under different Bill of Ladings due to absence of cargo’s marking;

-shipowners allow loading of another heavy weight cargoes on top of big bags without any responsibility with regard to cargo’s safety due to absence of fixed stowage factor.

The following is highly noted – such kind scenarios / intentions were prohibited strictly from our side in categorical manner for all shipments on EXW/FCA/FOB basis (our responsibility for sea freight) in order to safe cargoes.  All parcels were duly marked (survey reports were issued), so there was no any problem with regard to cargo’s mess with another unmarked parcels for our clients.

It is mandatory to hire survey at destination, nobody has hired survey except of our company – so our clients not been faced with problem of cargo’s mess between another unmarked parcels.

-There were some particularities concerning import customs clearance – there was no any problems/obstacles for our clients as all cargoes were duly cleared before vessels’ unloading without additional examinations.

-Port of Odessa have started to handle such kind of shipments in proper manner with delay due to some particularity’s ones (cargo’s mess/damages is one of reasons). But we have managed to agree and adjust firm pattern of cooperation to be able to load and handle abt 22-25 trucks daily.

The following additional services were duly provided based on the client’s requirements:

-Storage of cargo on covered warehouse;

-Storage of cargo on open yard but using additional covering by tarpaulin;

-Restuffing of cargo from damaged big bags to spare ones.

We continue delivery bulk shipments. Three vessels are on way to Ukraine and the next two voyages are planned for May and June 2021.

We are ready to support you with any calculation / organizations of your shipments. 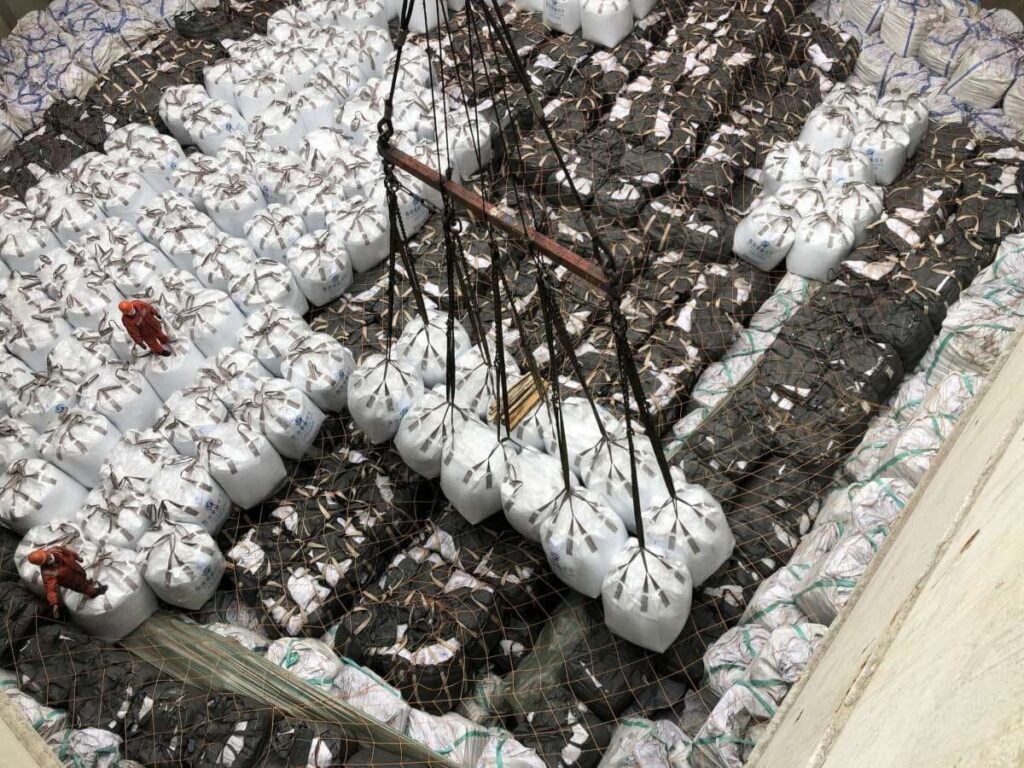